A personal memoir by Carmel Wooden

(edited and self-published by Paul Robinson)

In 1925, Carmel Margaret Davidson was born at Crows Nest, Queensland. Carmel tells the story of her childhood during the Depression years growing up in nearby Hampton, a small country town. Many of today’s landmarks in Hampton bear the names of families in the District, which Carmel vividly brings to life. Her father was the local butcher, and in those times of The Depression he was often paid with anything people had to trade.

Her earliest recollections were of trying to find shelter from the cold winds on the range, while she made dolls clothes from leaves, artfully pinned together.

When Carmel was fourteen years of age, around the start of World War II, she travelled alone by steam train to find employment in Brisbane. She lived in the heart of Brisbane, in the Hotel Victory, which was then owned by her brother-in-law Sid and his wife, her sister Irene.

She tells her story of work as a model milliner and fashionista, and of her courtships with military servicemen on R&R from the Pacific rim (often American personnel).

Married in 1950, Carmel moved to Sydney. She rounds off her story with her family life.

This is a very personal tale covering epic periods of Australian history, from the perspectives of both country and city life. 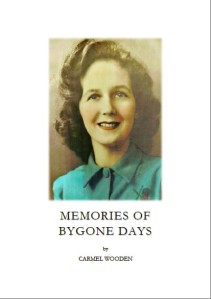 It is with a heavy heart that I report Carmel Wooden’s passing. She left us to go to God today 15 December 2013, aged 88 years, after a long stay in Woodlands nursing home, where she was cared for with much love and dignity. She was blessed by a priest earlier today and had a peaceful end, attended at her bed side by her daughter, Carmel-Anne.

She is survived by her daughter Carmel Robinson (married to Paul) and son Carl Wooden (married to Mariko), and grand children Brendan (married to Tina), Leona, Garry and Jenny. She has one great grand child due to be born to Brendan and Tina in February.

May she rest in peace 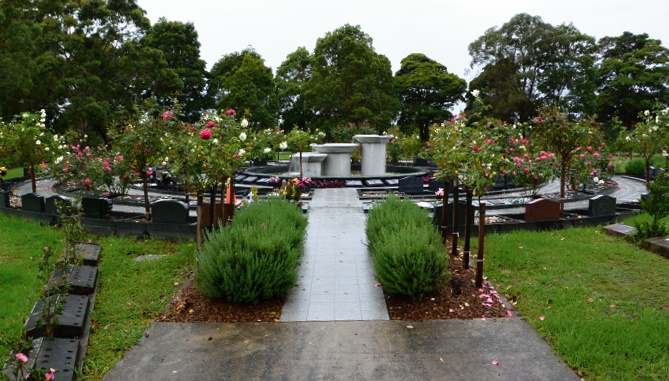 Enquiries and feedback on this book are welcome. Please use the contact form below.

A very limited number of paper copies were printed, as it’s intended for the electronic copy to be the primary distribution means.